I created a print and digital campaign for Shakespeare Center of Los Angeles' fall production of Macbeth. This production was unique in that it was designed by a former Disney Imagineer who worked on rides such as Disney's Haunted Mansion and the Pirates of the Caribbean. The set was designed in multiple areas of the theater and required that the audience become part of the play. The audience sat on and around the set and had to get up and move to at times to follow the action of the play.
I was told that the set had a lot of detailed stonework so I wanted to make sure that was represented in the campaign artwork. I also wanted to play with the idea of 2D and 3D illusion in a similar way the set designer was doing with the stage. I was asked to also incorporate a black letter style typeface (old timey wimey type) and add classic horror movie style dripping blood.
In order to address the themes of the play, I drew a bloody crown which hides a sword underneath (which forms the center of the letter 'M' in Macbeth). To keep in line with the horror movie motif, I painted the capital 'M' as if it was blood. The hand holding onto the crown was deliberately drawn to look either male or female - could it be Macbeth's hand or perhaps Lady Macbeth or Macduff or even one of the three witches? This is purposely left ambiguous.
For the actual poster, I painted the stones and placed the main logo in such a way so that the viewer would move around and see the important information in an organic way. Smack in the middle, BOOM, the title of the play. The sword in the crowd, leads the eye down to the ticket pricing and date information and the fading, bloody brush stroke of the 'M' leads the eye to the Shakespeare center of LA logo and address. 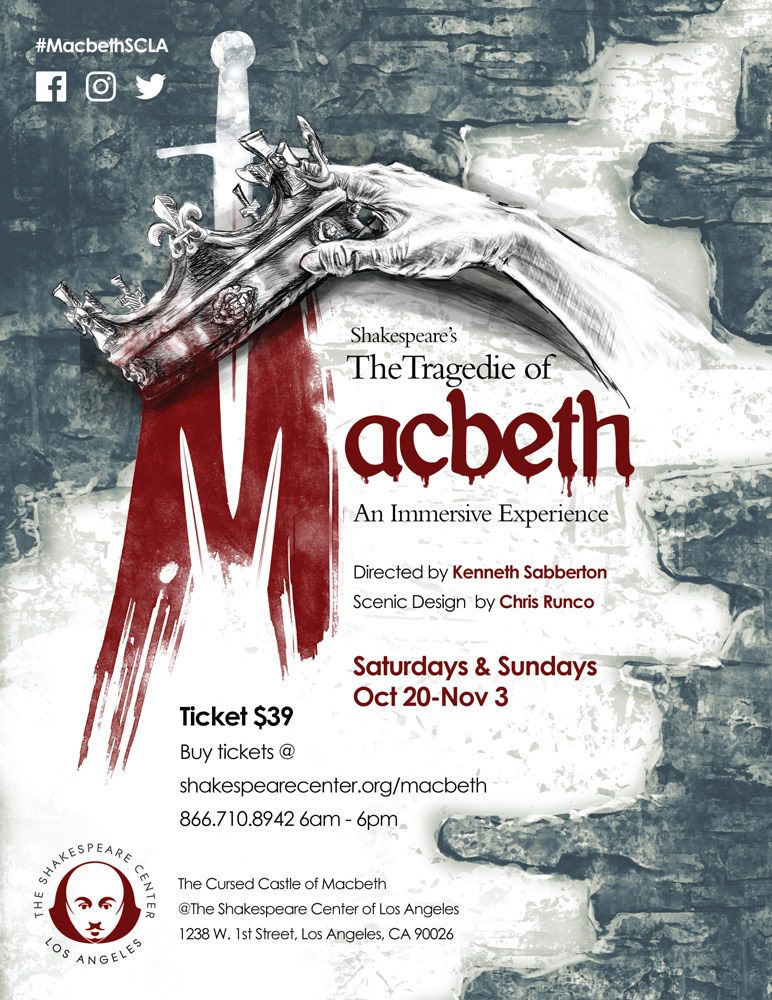 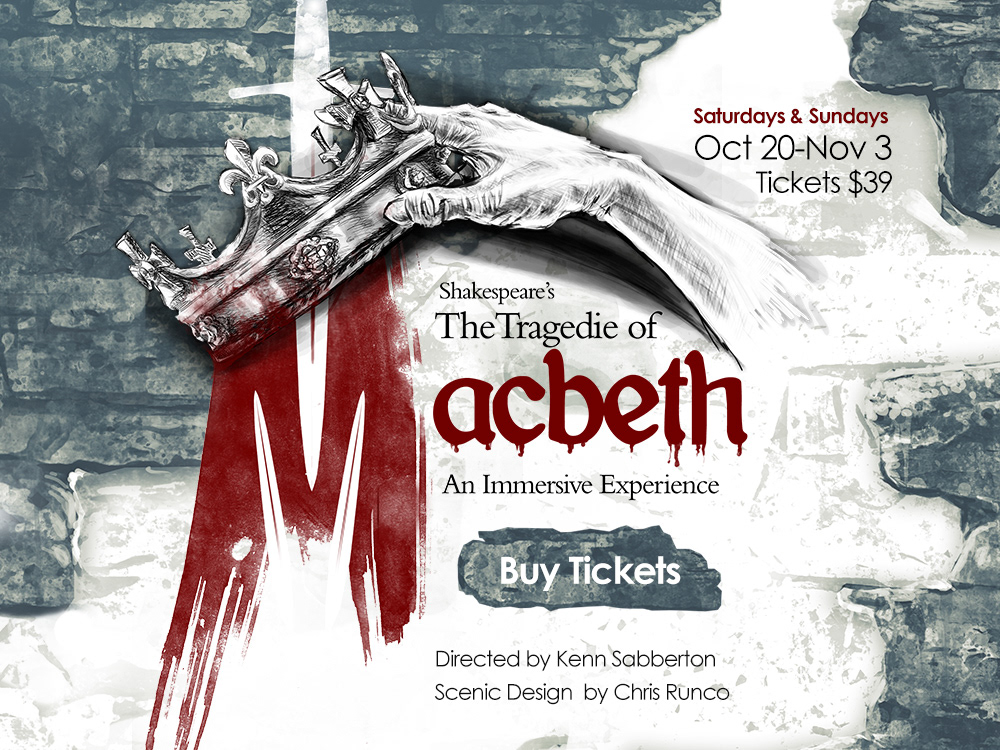 The remainder of the campaign consisted of postcards, digital advertisements, Facebook/Twitter/Instagram backgrounds, and resized elements for the Shakespeare Center of Los Angeles' website. I quickly discovered that the trailing blood on the letter 'M' became an issue for resizing as did the stones in the background. Luckily, I had painted the stone in layers and was able to adjust the background shape of them so they could be used at any size.