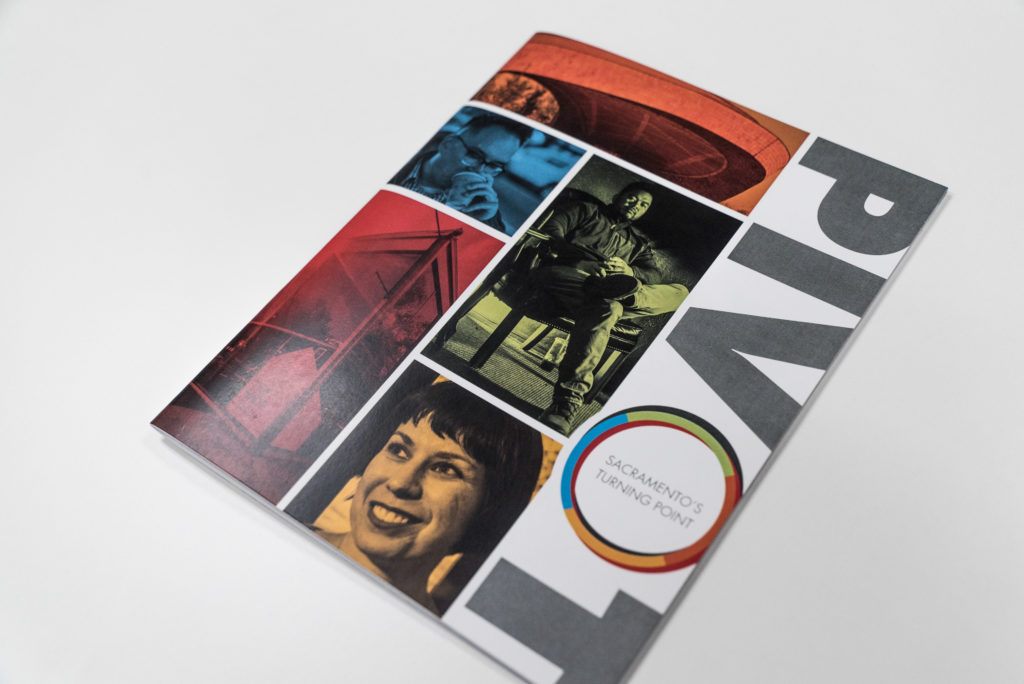 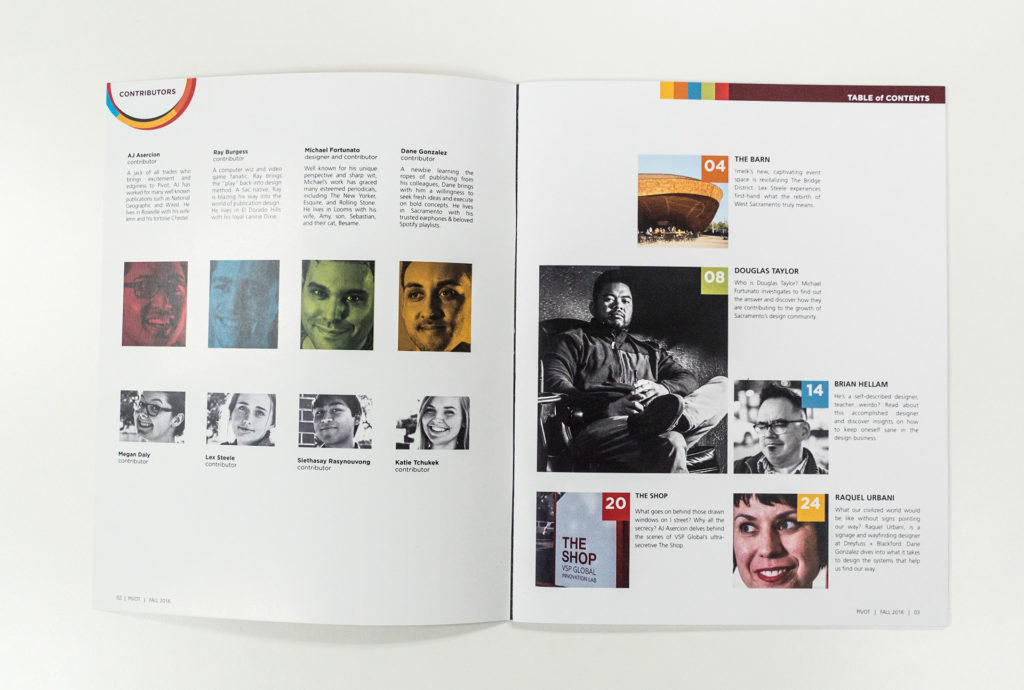 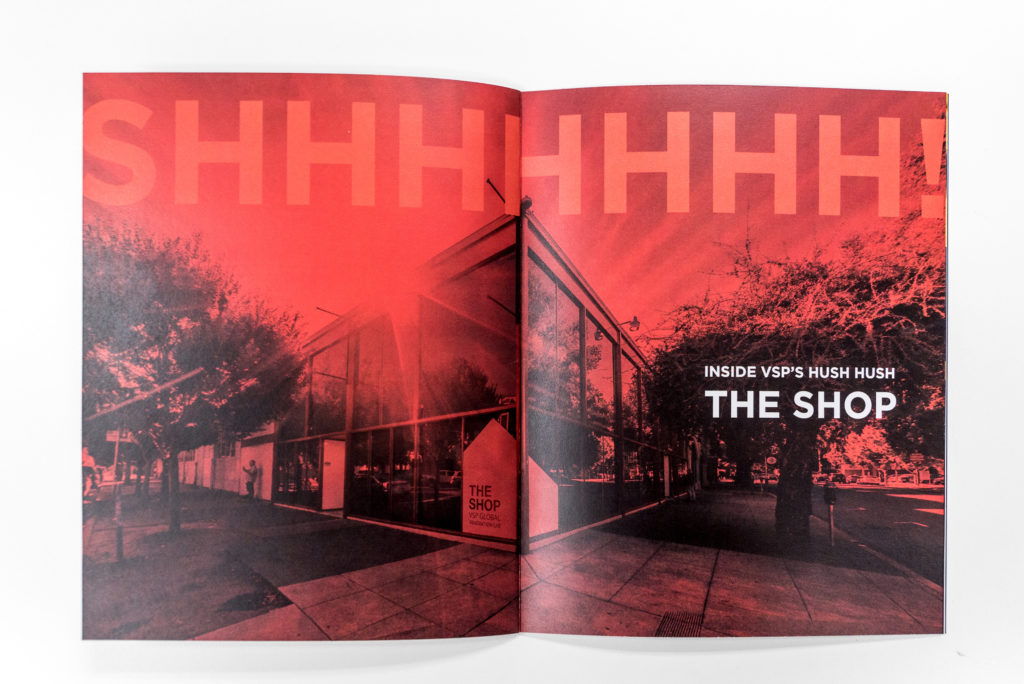 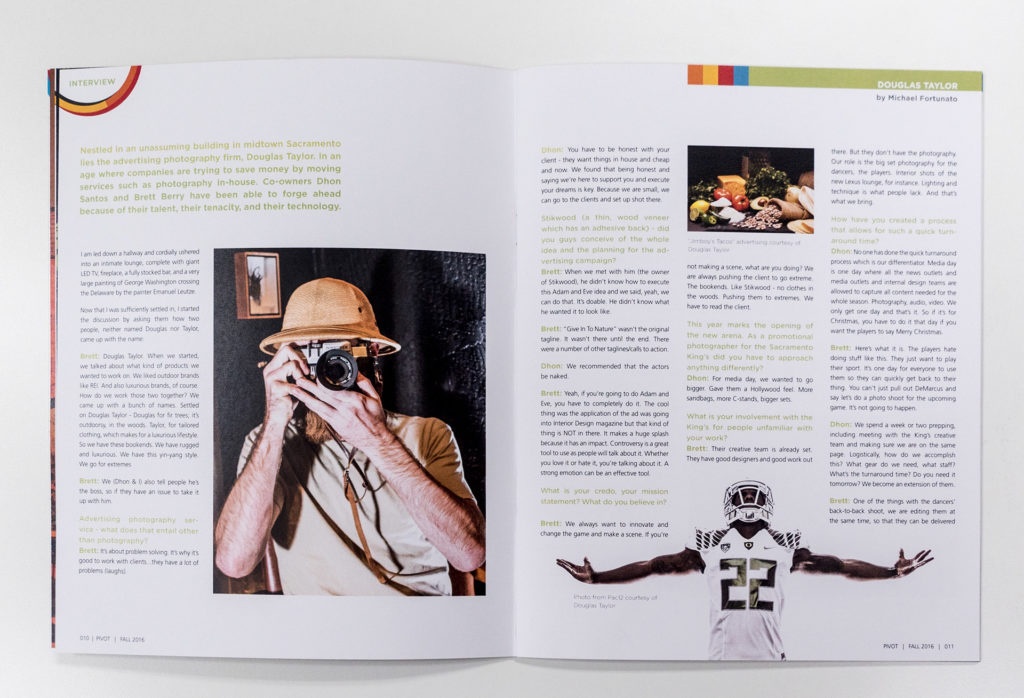 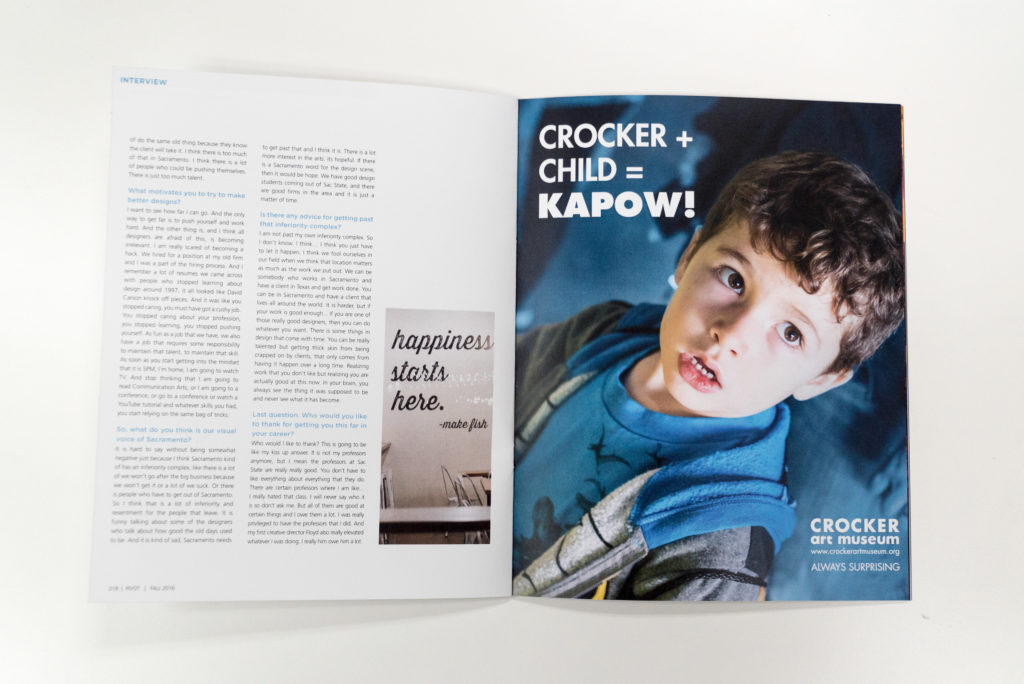 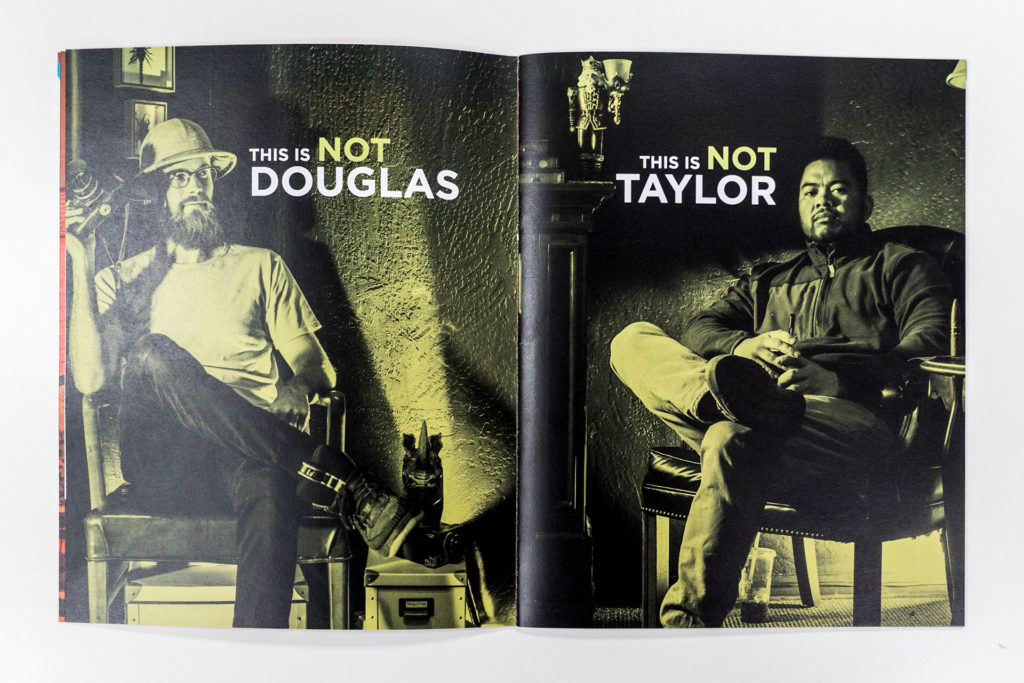 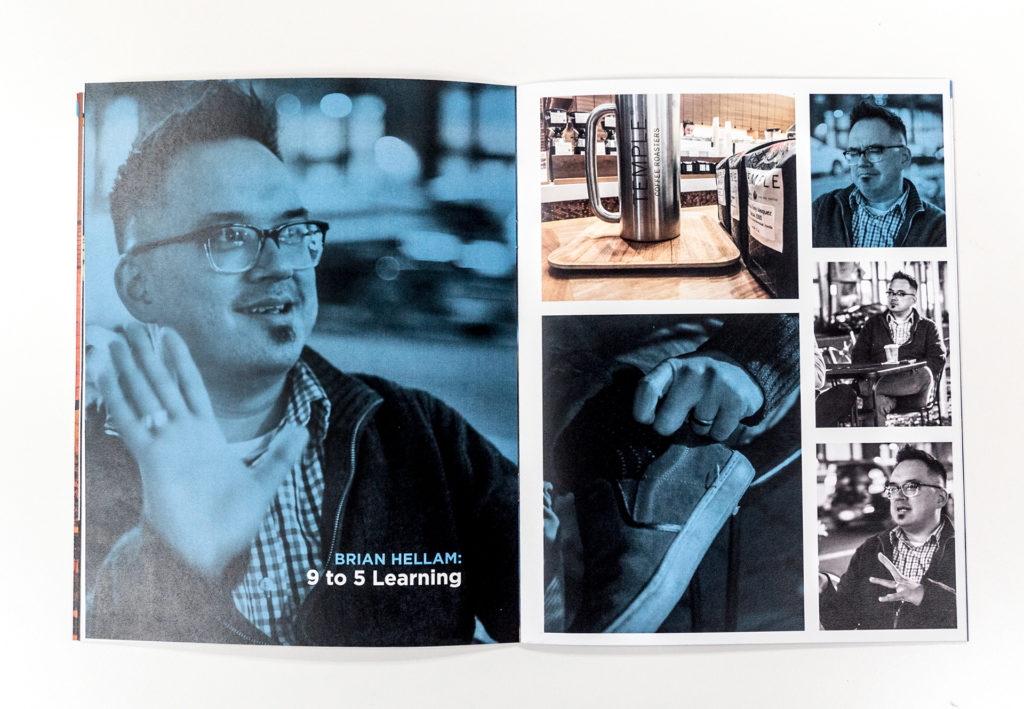 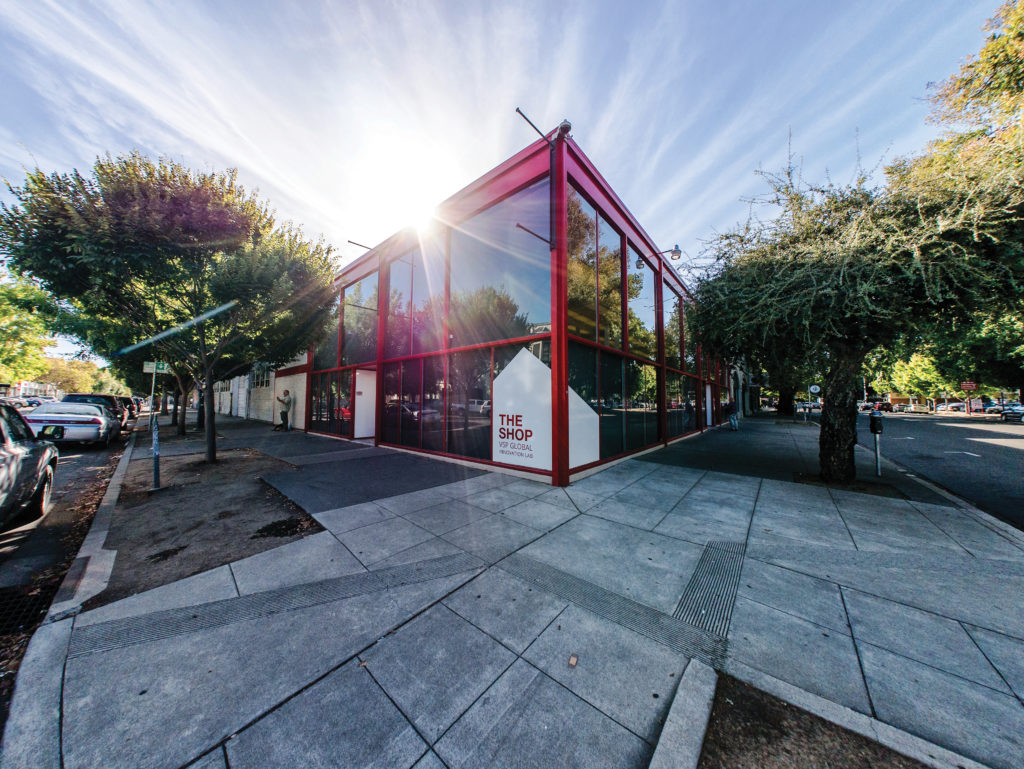 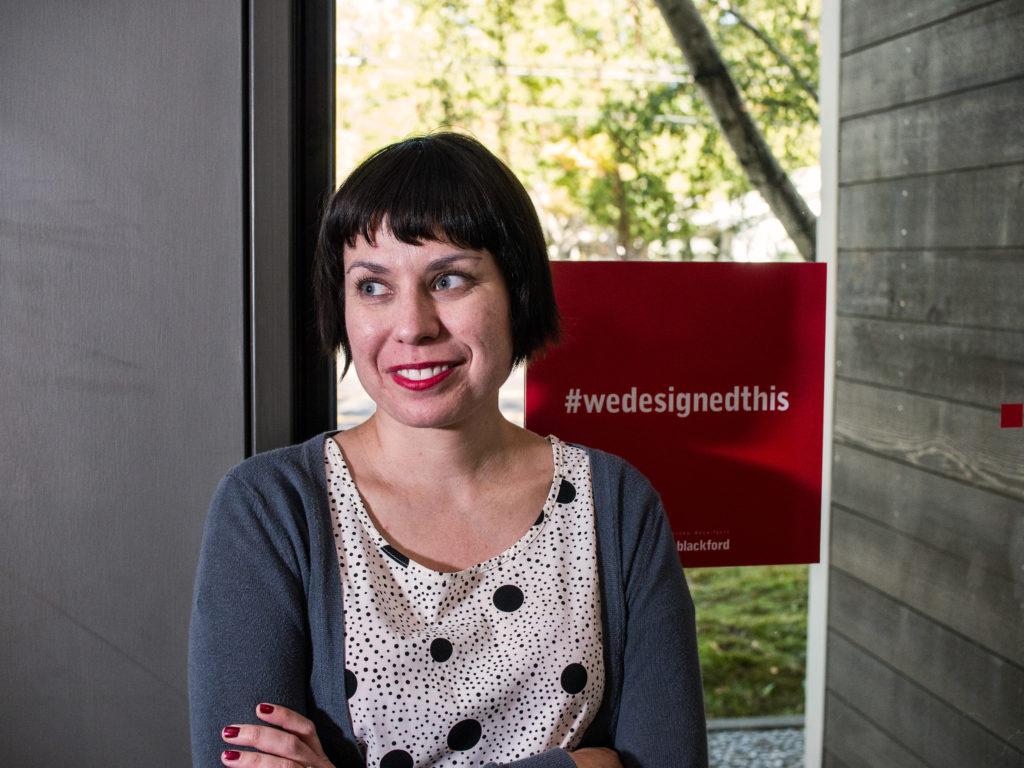 Create an issue of a quarterly magazine dedicated to the subject of design and designers around the Sacramento area. We were placed into a group of four people. The four of us, along with four others from another graphic design class, would contribute articles, interviews, and photographs that we would conduct and take ourselves in order to populate the magazine with content. We had to have a minimum of 5 articles/interviews in the magazine as well as three advertisements that we designed ourselves. All photography and copy had to be created and written by our groups. Each of us would then design our own magazine any way we wanted.

In my class, I had the pleasure of working with AJ Asercion, Raymond Burgess, and Dane Gonzalez. The three of them made the completion of this project go very smoothly. After doing research on magazines with similar subject matters to our own as well as research on our target audience, we all quickly decided on a name that would be both appealing and fitting to the publication, Pivot: Sacramento's Turning Point. We each secured an interview with a person or firm in the city as well as articles on interesting locations around the city. Because we needed 5 articles/interviews, we needed to use some of the content that our sister group in the other class created. Thankfully, through great communication from all of them, we were able to secure the content in a timely manner.
For my group, I ended up taking the photographs for 3 out of the 4 articles, some of which I have displayed in the grid above.
I then set to work creating a system for my magazine. The first thing was to a navigation scheme that would allow the reader to quickly identify where they were in the magazine. I wanted to use bold, bright colors in the magazine so I decided that each article would start with a monochromatic spread. This was a quick visual indicator to the reader that a new article was beginning. I used colors common to the four seasons, since this was a quarterly magazine.
Because the intro to each article was very bold, I wanted the articles themselves to be clean and calm, with engaging photographs. Also, as the reader advanced through the article, the use of imagery became a bit more sparse. This allowed the full photo spread of the next article to have the most visual impact.
Once I had my general system in place, I got to work creating the cover page of the magazine, including the title. I wanted to emphasize the idea of a pivot point and so I used the colors featured in each article of the magazine to replace the "O" in Pivot. This gives the reader a visual cue as to what the system inside the magazine will look like.
Finally, I created three advertisements which I placed within the magazine and one as the back cover. For those of you that know me well, you may recognize the young boy featured in the Crocker museum ad as my son, Sebastian.

This was one of the most enjoyable projects I have had while attending the graphic design program at Sac State. It is also a work I am very proud of and think the design is appealing and very approachable and readable.