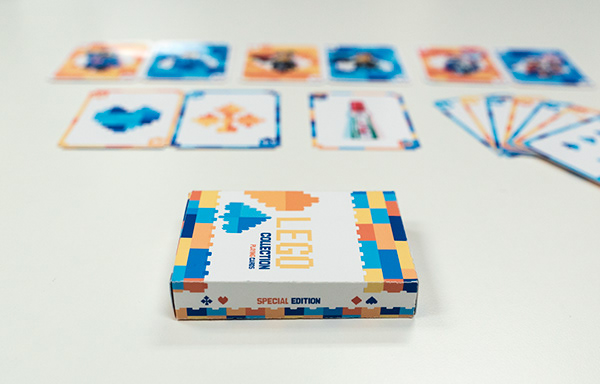 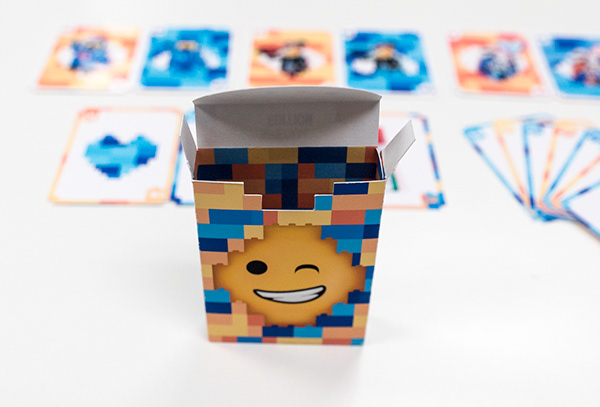 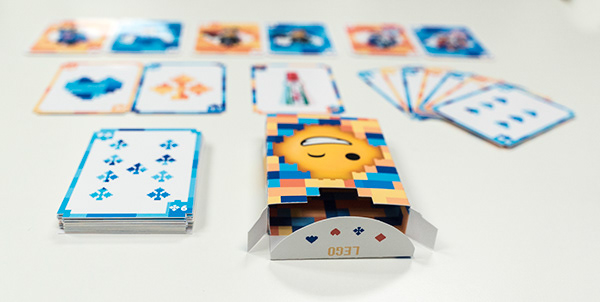 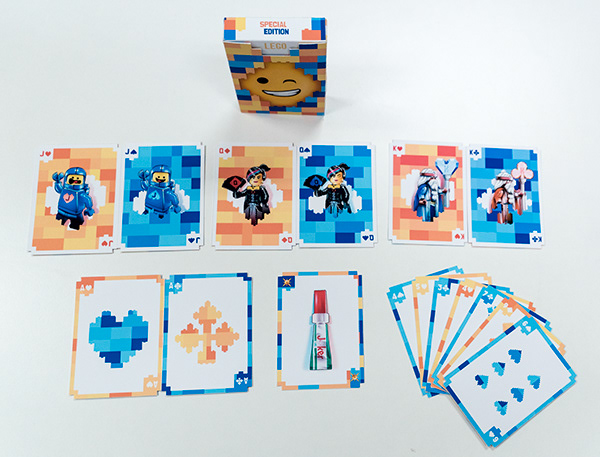 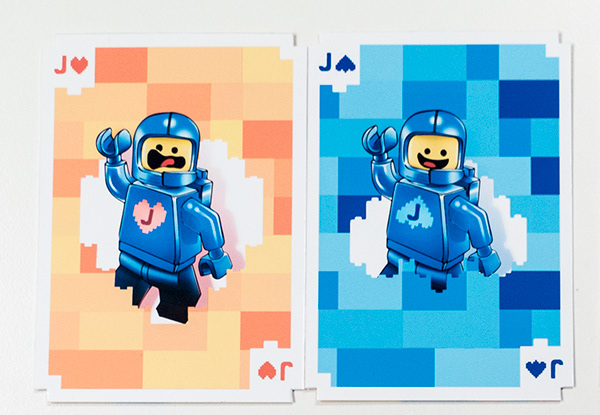 Design a deck of playing cards with a theme of our choosing. The requirements were that it fit a definitive system. The design had to follow standard playing card design rules such as having the suit and card number in the corners so the card can be recognizable whether upside down or right-side up. The ace card needed to have aspects of both the number cards and the face cards combined. And the joker needed to have the word JOKER in the center and had to combine the colors of the two suits in some way.

Since my son enjoyed The Lego Movie so much (and so did my wife and I), I decided I wanted the cards to be Lego-themed. My original plan was to have a different character for each King, Queen, and Jack, but our time was limited and my detailed illustrations took a long time to create. So I revised my plan and used the character, Vitruvius for the Kings, Wyldstyle for the Queens, and Benny as the Jacks. I had drawn an illustration of Benny before tackling Emmett (the main character in the movie) and since I already liked the results of that illustration, I stuck with Benny instead of Emmett. Besides, my son and I like yelling, "SPACESHIP!"
To create the character illustrations, I scoured the internet and movie stills for images and then drew the characters on paper and inked them for scanning into the computer. From there, I vectorized them in Illustrator, using the Pen Tool. Then I flat-colored them based off of the references I had collected. To create the shines and other details, I drew a series of shapes and used gradients with transparencies. I then took the illustrations into Photoshop to create final subtle color variations for the two suit colors.
The background was difficult to figure out. I knew I wanted the effect of a wall of Lego blocks. At first I experiemented with black/red and blue/red like traditional cards. But this was too stark for the colorful characters. My son has a set of Lego sheets and the background colors are blues and oranges. It looked fantastic against the Lego Movie characters that I adopted that color palette from his sheets.
For the Joker cards, I knew I was going to use an illustration of Krazy Glue (the Kragle from the movie) and quickly rendered that in Illustrator.
I created my own spade, heart, club, and diamond by using my son's Legos to make the shapes and then photograph them and brought them into Illustrator to vectorize.
For the box, we were given a template and were required to have the name of the playing cards, the term "special edition," and a relationship to the system established within the playing cards. The idea is to hint at what was inside the box to the audience.
Instead of creating rounded corners, I decided the cards needed notched corners to reflect their "Lego" nature. These had to be cut out by hand as I could not find a square hole punch.

A fun and colorful deck of cards with well-rendered illustrations of some of the characters from the movie. I printed the full deck and my son absolutely adores them. So I have approval from the highest authority ;o).