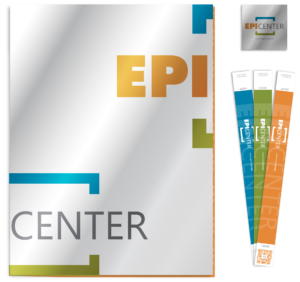 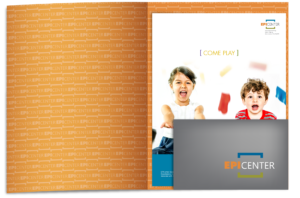 Our group of four, comprised of Jimmy Truong, Phu Phu Truong, and Lunden Almquist, were tasked with designing an imaginary museum to open in Sacramento. We were required to jointly come up with a name, research competition, and present our work in a video studio, where it was filmed. Individually, we also had to create a museum logo, business system, media kit, and logos and concepts for an exhibit and either a gift shop or restaurant for the museum.

As a group, we decided to create an earthquake museum that had interactive exhibits similar to San Francisco's Exploratorium museum. Along with the design shown in the images above, I also created a gift shop, titled, "AfterShop," a play on the word aftershock, and an exhibit called, "Tiny Town Topple," that allowed parents and kids build lego-like structures and see how well they hold up during a simulated earthquake. Unfortunately, the gift shop and exhibit files are missing from my back up museum folder so I was unable to upload those here.
For the design of EpiCenter, I wanted something bold, clean (aka simple), yet inviting. It needed to say I'm not all business - I'm a place of fun as well as a place where one will learn. The mission of the museum was that learning is more effective when it is fun.
For the media kit, I created a folder with a shiny, metallic-paper cover. Inside the folder, I included an advertisement (with a photograph of my son and niece on it) advertising the museum and the Tiny Town Topple exhibit. Also inside were mockups of the museum tickets (which were wrist bands) as well as a button (which I had ordered - square with a metallic finish).
The business system, I kept very simple on the front but then really pushed the colors on the back of the envelope and the front of the business card.